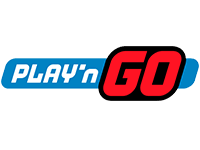 Started in Sweden during 1997 with a group of developers as its founding fathers, who at the time developed games and software for established brands. Play’n GO soon grew out of its infancy to launch its independent brand name by 2004. Over the past decade and a half, it grew to establish international offices across the world and managed to build a highly recognisable brand name with a well-deserved reputation for excellence. At first, starting with NetEnt, Play’n Go provided dedicated work to one of the world’s premier suppliers of online gaming content from 2004 to 2009 establishing a more widely known name for providing exceptional gaming content.

In the wake of the past year’s success, the company prudently expanded their development team with the aim of surpassing even their previous elevated levels of success to provide the best possible products to the thousands of Play’n GO gaming enthusiasts across the iGaming world. Working in a cooperative effort with several of the industry’s major casino brands in both the land-based and online industries to introduce the content of their gaming library to avid casino gamers from around the globe. The team continually re-evaluates their position as their business grows to ensure their fans become even more impressed with upcoming products than they were with the company’s past excellence.

Play’n GO never lost sight of their intention to deliver the best possible experience to mobile casino gamers across all products, eschewing complicated graphics and gaming mechanics in the interest of simplicity that offers seamlessly smooth and stable gaming software.

The establishments of its Bespoke Game Studio during 2012 had such a profound watershed effect on the success of the company it created a clear defining line in the company’s history, with many referring to a time prior to Bespoke and after. Bespoke, when it launched it created considerable buzz amongst Play’n GO online casinos with numerous major name brand placing orders for unique Bespoke created games to fill an existing requirement for B2B products of a personalised nature that would allow the casino in question to effectively differentiate its content from that of its peers.

Since these early Bespoke days, the division developed more than 25 unique tailor-made gaming titles, achieving such success in the marketplace many of its peers have received requests for similar products but have been unable to take up the challenge to deliver. Its standard gaming content library have similarly grown to, this year alone, launch multiple new gaming titles all of which surpass the bets of their best previous efforts by significant margin, culminating in scoring a victory award at the annual EGR B2B ceremony where the team walked away with the much-coveted title for Slot Provider of the Year.

To better serve the numerous partnered leading casinos who made the shrewd choice to go with the company’s range of innovative software solutions and top-end gaming titles, Play’n GO ensures it remains rigorously complaint in meeting and exceeding the requirements of local jurisdictional regulatory bodies, so they may continue to legally market, present, and distribute its products and services. The list below describes and details its legally held jurisdictional licences.

Play’n GO optimised their gaming portfolio for delivering the most exhilarating gaming experience to players across all channels, desktop and mobile. The creative team, and indeed the company, understand most players still prefer the big screen’s level of immersion offered on desktop. Subsequently, the complete title library embraces their latter-day HTML5 expertise, capable of providing the ultimate in graphics, gaming mechanics, and sound effects.

Even when a developer fields numerous top-quality slot entertainment titles, players still manage to form specific preferences for a variety of personal reasons. This has created two easily identifiable groups that split the gaming library into two categories; slots offering a high return to player (RTP) and slots with entertainment as their main focus. This is achieved via graphical splendour, amazing animations, and exciting special features & bonus rounds.

Many games providers such as Play’n GO offers the contents of their complete gaming portfolio in a Free-to-Play mode. The games contained therein represent exact mirror copies of the company’s slots played using real money. This free mode is a fairly recent phenomenon that first appeared with the advent of online casinos and the proliferation of tens of thousands of virtual slots. The concept had a slow start at first but gained traction as providers and casinos realised that players had no chance of experiencing a tenth of the available games if only the conventional real money style of play remained in place. This showed a trend where players mostly stuck to a few game titles they familiarised themselves with, leaving the greater part of a developer’s gaming content with hardly any exposure to players.

As a result, games development studios started offering exact replicas of their games in this free-to-play mode, all the graphics, features, sound, and gaming mechanics remain unchanged but could be experienced at no cost to the player. This once again allowed players to explore and familiarise themselves with a fair number of titles leaving them and providers with a greater variety of favourite games and explored content, creating a win-win situation where both parties benefit.

Play’n GO proudly touts themselves as a mobile focused games developer who believes the ultimate gaming experience must be one that fits seamlessly into each player’s daily lifestyle and have designed their games to perform just such a function. Their games offer both landscape and portrait modes in high-quality view, combined with ergonomic game controls and the exact sound quality as available in casino terminals or desktop PCs, quickly convert players into fans of their acclaimed gaming titles while playing on the mobile smart device of choice.

Players on the move found hugely favour titles such as House of Doom, and Viking Runecraft which combined with their objective to create each new release better than its predecessor leaves the company with a future as wide open as their combined imagination.

The developer regularly offers fantastic promotions with the launch of new games, in addition, Play’n GO casinos continually feature amazing special bonuses and promotions aimed at convincing new players to sign-up and join their casino. These take on several formats such as a free-spins no deposit bonus offering players the opportunity to play at no cost to themselves for just signing up at a casino. Alternatively, first deposit welcome bonuses offer players making their first deposit a percentage in return, offered in the form of free-spins and free bonus funds.

Here we describe the main pros and cons of the software provider Play’n GO.

The developer considers the safety and security offered by its products are of utmost importance, every Play’n GO product undergoes a thorough inspection and testing procedure prior to release. The testing procedures occur in accordance with a strict code to ensure continued maximum levels of safety and security for both the casino and their clientele. Testing procedures include a thorough vetting of the operational validity of each game’s random number generator (RNG) which serves as a guarantee for fairness through randomness in each outcome.

Communications remain under guard of the latest in encryption technologies to ensure overall safety and security. The company employs the services of independent industry authorised specialist auditing firms to routinely inspect and test to ensure all games meet and exceed all standard safety requirements.

1. What languages are supported on the Play’n GO platform?
Play’n GO offers support for: English, French, Finnish, Spanish, Croatian, Russian, Czech, Dutch, Danish, Portuguese, Hungarian, Chinese, Turkish, and Japanese.
2. What payment currencies do they accept?
Play’n GO casinos commonly accept British Pound Stirling (GBP) & Euro (EUR) using any number of popular, internationally recognised payment methods. However, dependent on the geographical location of the country each casino in question will accept and offer the most commonly used currencies and payment methods.
3. Who serves in what capacity as the senior management of Play’n GO?
The board of directors for Play’n GO is headed by Johan Tornqvist serving in the capacity of CEO, aided by Martin Zettergren as COO, and Magnus Olsson as Sales Director.
4. How many games does Play’n GO offer?
The Play’n GO online gaming library features over 125 games on desktop categorised into 68 slots, 14 classic casino table games and 9 progressive jackpots. The remainder comprising of scratch cards and video poker variants.
5. How much turnover does Play’n GO generate?
The company raises an estimated annual revenue around the $8 million mark.
6. How many staff members does Play’n GO employ?
At last count, the company employed 73 people, with the number continually growing as the company expands.
7. How and where can I find a trustworthy casino offering Play’n GO games?
Many of our partnered casinos feature Play’n GO games in their gaming lounges, simply head over to our list of recommended casinos, read a summary of the review, and you’re sure to find the one that suits your needs best.
8. How good are the payout percentages on Play’n GO’s slot games?
When compared to products from some of their peers their RTPs actually compare very favourably, averaging from 94 to 97.66% RTP, which is right up there with some of the best in the online casino entertainment industry.

Below you can find the contact details of Play’n Go which include addresses, phones, emails and more.

Where is the main office of the software provider?

Play’n GO head office is located in the picturesque town of Vaxjo, Sweden at Industrigatan 9. Here is a view from Google maps.

Despite its current size deficit when compared to the major players in the industry the quality and entertainment levels of Play’n GO products speak for themselves and can go toe-to-toe with any other products in the industry having been shortlisted for a vast variety of award nominations and won multiple prestigious best-in-class awards at all of the gaming world’s most prestigious annual recognition ceremonies.

Play’n GO offers some of the most entertaining games selections combined with the best quality graphics, seamlessly-smooth gameplay mechanics it delivers gameplay sessions responsible for the highest levels of entertainment. RTP is also right up where players would want to play their games for more than just a massive entertainment factor. Unfortunately for the casino player enthusiasts out there currently a rather limited number of casinos offer these great games leaving far too many excellent games without a home where more players could enjoy them. Our rating score may have been higher but for the lack of more progressive jackpots, we rate this smaller developer, and their sterling work an excellent 9/10.